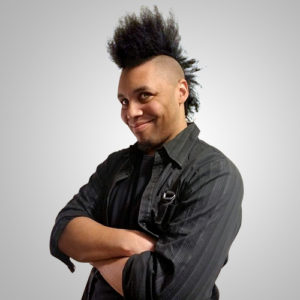 On February 27, 2018, Republican Lawrence West formally announces his candidacy for the new Pennsylvania 3rd U.S. Congressional District. This makes Lawrence West both the only Republican to announce a candidacy for the new U.S. Congressional House district that currently seats one-term incumbent Democrat Dwight Evans. Lawrence West, a Republican Committee Person, has held sharp criticism for President Donald Trump with denouncements against his Muslim Ban, his response on the Charlottesville Protests, along with his comments on African Nations.

“Now, more than ever, America needs people who will put country over party,” stated Lawrence West. “I’ve seen the Nationalistic aspects of this nation take over my party and we need a return of Eisenhower Republicanism. My platform is to give the working person a fair deal by having paid sick time and maternity pay, to ensure we enforce privacy rights and protections for our citizens so corporations will stop selling their information without permission, extend background checks and waiting periods for guns, and safeguard social safety net programs from privatization. I see myself as a true reformer who will challenge the establishment. Only working together can we change this nation.”

Lawrence West has been a Republican Committee Person for the 22nd Ward and 26th Division and has previously run for Mayor of Philadelphia as an Independent in 2007. In 2017 he won his general election campaign for Minority Inspector of Elections. He has spent the last 11 years working as a web developer, graphic designer, and illustrator. West has also helped to organize the “Restore the Fourth” protests in 2013 and is a board member at the Mt. Airy Art Garage.

Correction: An earlier version of this post stated Lawrence was the only Republican running in Philadelphia, which is not the case. We apologize for error.